UNC Researchers have access to large national compute, visualization and I/O intensive resources through the Xsede Campus Champions program. To allow testing and preliminary exploration, researchers can be added to the existing startup allocation that UNC has through the Campus Champions program. This does not require a proposal to be submitted, one only needs to get an Xsede portal account. This provides a quick and convenient way to access these resources and obtain a modest but still significant amount of time on these resources. This may pave the way for the researcher to submit a proposal for larger scale projects that would require additional resources. 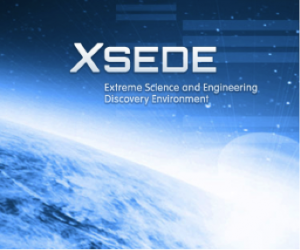 A national partnership of computational centers. This includes many of the large, nationally funded centers such as TACC (Texas Advanced Computing Center) and NCSA (and Blue Waters). Xsede is the successor to the Teragrid. These are funded by the National Science Foundation (NSF) but available to all researchers.

The Extreme Science and Engineering Discovery Environment (XSEDE) is the most advanced, powerful, and robust collection of integrated advanced digital resources and services in the world. It is a single virtual system that scientists can use to interactively share computing resources, data, and expertise.

What is Open Science Grid (OSG)?

UNC researchers also have access to OSG through the Xsede Campus Champions program where we have a significant allocation. The OSG primarily targets HTC (High Throughput Computing) where users run many (thousands) of serial or single node jobs

“The OSG is primarily used as a high-throughput grid where scientific problems are solved by breaking them down into a very large number of individual jobs that can run independently.” Vist www.opensciencegrid.org