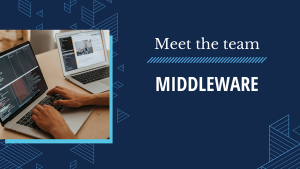 Meet the ITS team: Middleware

This piece showcasing ITS’ Middleware team is the first in an occasional Meet the Team series.  Middleware is one of four teams within the Data Reporting Environments & Application Middleware (DREAM) division of ITS. The other teams within DREAM are Data Warehouse & ETL, Database and PeopleSoft Administration, and Reporting & Analytics. The … Continued Ten ITS staffers will present at Raleigh conference this week

This week 10 ITS employees will present at the SEARUG (Southeast Regional Higher Education Users Group) Alliance conference in Raleigh. Of those, nine staffers are from ITS Enterprise Applications and one staff member is from ITS’ Change Management team, which previously was part of Enterprise Applications. Demonstrating team successes SEARUG, … Continued 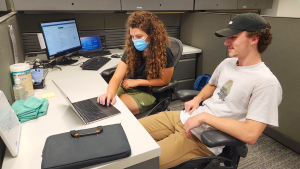 Whether it’s reading a syllabus on Canvas, going to office hours on Zoom or writing an essay on Microsoft Word, UNC-Chapel Hill students use technology every day. They have many questions and need troubleshooting help for all that technology. Providing that crucial technical support — to students and the rest … Continued Boost your mobile security with these tips

October is Cybersecurity Awareness Month. In this guest post, Jared Perdue, Information Security Specialist with the Information Security Office, shares how you can boost your mobile security. All month long, ITS News will highlight this year’s theme: See yourself in cyber. In this article, seeing yourself in cyber means keeping yourself, … Continued 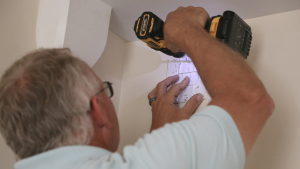 ITS boosts Wi-Fi in three dorms over summer

When first-year students moved into Cobb, Ehringhaus and Craige dorms in mid-August, few likely gave their strong, stable wireless connection a second thought. The students expected it, just like water and electricity. “I just kind of assumed the Wi-Fi would be good,” first-year Anna Gore of Charlotte said as she … Continued