Home / Infrastructure and Operations / ITS will explore a networking Fast Pass

If you have worked in information technology for a few decades like Jim Gogan, you’ve seen many wondrous advances in the industry as well as some wrong turns and absolute flops. So what technological advancement that could benefit his work at UNC-Chapel Hill currently excites Gogan?

Before we reveal his answer, let’s first provide some context. First, we have to remember that there are areas of advancement that Gogan can control and deploy on campus as Interim Director of Communication Technologies at Information Technology Services. Others he cannot. University faculty and staff find certain technologies and come to ITS asking, how do we make this work on campus?

“That happens and you can’t predict it,” Gogan noted. 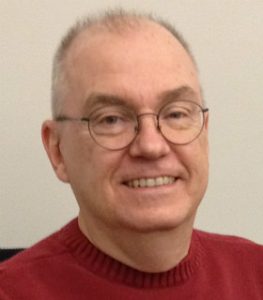 Of the things ITS can control, he and others at ITS have to decide if and where they can make that technology work. There have been many advances in the last 25 years that were technology for technology sake, and they didn’t necessarily have a good fit somewhere, he said. ITS studied a lot of those technologies. Some of the things that other universities pursued and adopted, Carolina decided were not a good fit and put them on a back burner. In time, many of those technologies disappeared.

ITS also has the challenge of balancing those age-old dilemmas of freedom versus order, liberty versus security, and research ease of access versus information technology security. “In some ways we’re sort of in the middle of that,” Gogan said.

In IT, there are things that control what information gets from point A to point B. Those controls are good. But at the same time, if you’re a Carolina School of Medicine researcher and need to get to a particular computing or storage device in ITS Research Computing, those controls affect the level of access you have.

So this gets us to Gogan’s answer. Software-defined networking is the advancement he’s most excited about, at least in terms of his work. This new technology is still in the early adoption stage. ITS has been looking at it for several years, but is now eying it more closely.

“We’ll probably do trials and some pilot projects this coming year,” Gogan said. But Communication Technologies will work very closely with the ITS Security Office. “Because there’s a reason all that security stuff is there, especially when you’re dealing with medical research.”

The idea behind software-defined networking is akin to Fast Pass at Disney World, Gogan said. That School of Medicine researcher wanting to get information to and from a research cluster at ITS Research Computing is similar to a Disney guest waiting in line – without the Fast Pass—for the theme park’s good rides.

With software-defined networking, you put in a direct path or dedicated link between two network devices, with the same effect as that Fast Pass. “You set it up so that only certain traffic of a certain type from certain machines to certain other machines get to bypass or skip the security stuff in the middle,” Gogan said.

“The challenges are you can’t have a direct link between every conceivable pair of network devices on the campus. It’s too huge,” Gogan said. “So where do you put that Fast Pass? And the other question is, who decides whose traffic gets to bypass all the security infrastructure?”

“So yeah, it’s one of those things that’s easy from a technology standpoint, but the policies and processes are what make it challenging.”